Your First Choice in Family Law. - Representation Second to None

Restraining orders have recently become more common in our society. After the O.J. Simpson case, domestic violence became paramount in our social awareness, and the courts have responded in kind.

In the past, a party had to establish that assault and battery had occurred in order to obtain a restraining order. This is because of the order has a significant paralyzing effect on the civil liberties of the person on whom the order is served. But over time, the agitation level requirement to obtain a restraining order has been reduced significantly. In recent years, the state legislature has determined that if your domestic tranquility has been affected, you have the right to ask the court to have the agitator restrained.

A restraining order has significant ramifications for the person on whom it is served. You must surrender any firearms that are in your management and control, and you are not allowed to purchase or to have in your possession any firearms. Typically, for this reason, restraining orders are defined in terms of one to five years’ duration. If the injured spouse chooses to reduce that time, he/she has the right to do so. To prove you need to obtain a restraining order, you must establish that you are being harassed, disturbed, assaulted or battered, or that your domestic tranquility is being interfered with.

Because restraining orders have such significant consequences, they are highly contested with the requirement of proof paramount. “He said / she said” usually will not result in a restraining order. Proof is required by corroboration by independent witnesses who have not merely heard about the domestic violence, but have witnessed it. This means they are percipient witnesses to the alleged act that causes the court enough concern to restrain the civil liberties of the other person.

If a domestic violence restraining order is issued against you, because of domestic violence perpetrated by you in front of your children, Californian code 3044 will find you an abuser and incapable of gaining physical custody of your children. The court takes these issues very seriously and any litigant who alleges domestic violence better be able to prove it beyond a reasonable doubt, even though preponderance of the evidence is the level of proof required by the civil court.

Because these rights are impeded by a domestic violence restraining order, the proof to obtain the order is serious, and is not issued on hearsay. Typically, a need for physical evidence of bruising or touching, or verbal evidence of habitual conflict provable by third party observations of said actions is necessary. 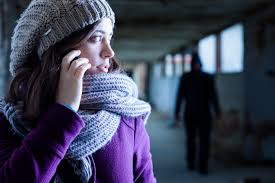 Serving Northern California since 1977. Knowledge, wisdom and experience is a powerful formula for success. Van Kinney’s level of professionalism will give you the peace of mind you seek.